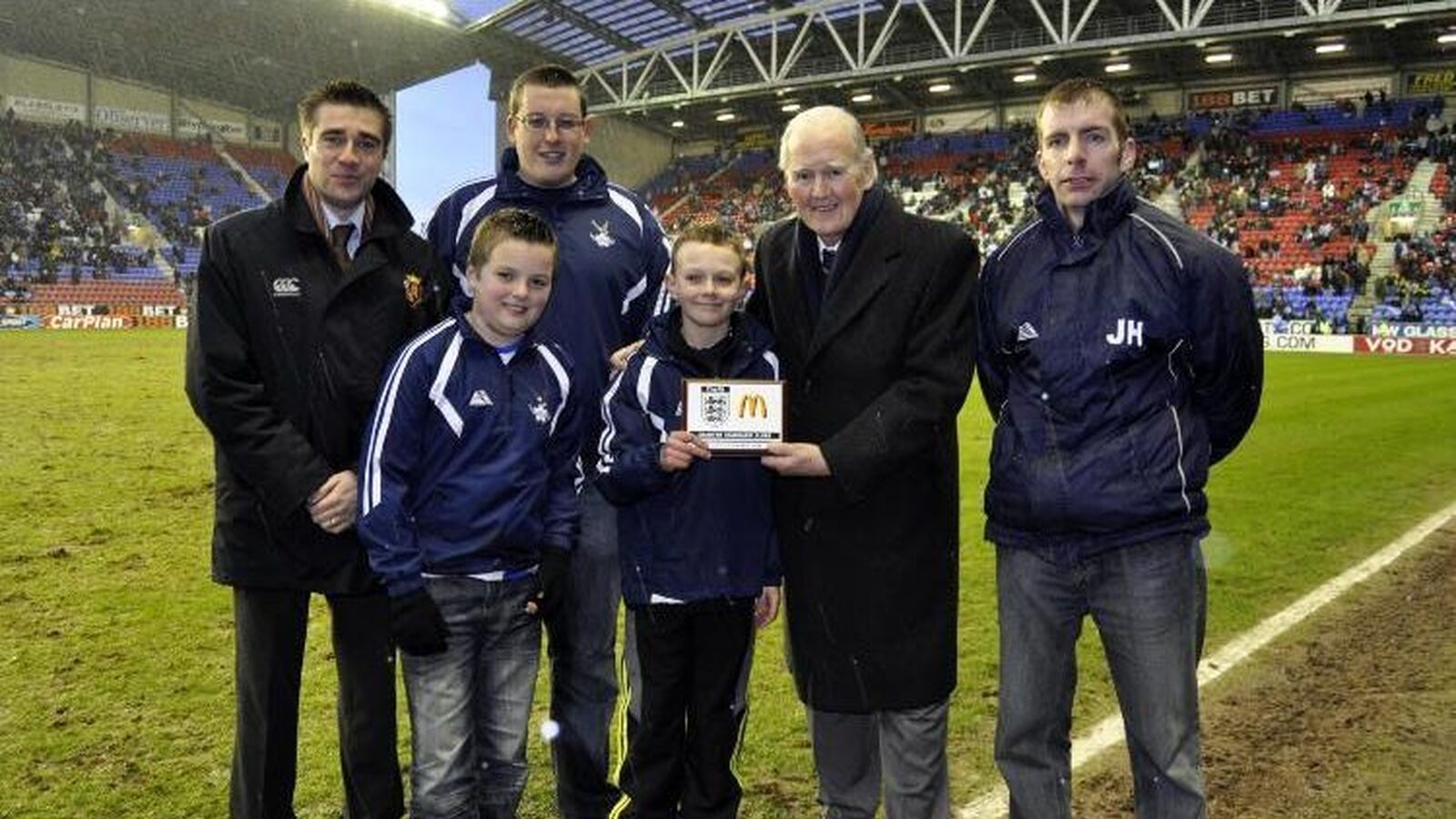 Ormskirk FC was presented with the FA Charter Standard Award at the Wigan v Tottenham game on Sunday 21st February 2010. Over 150 of the club's players, parents, coaches and committee all attended the game with Chairman Jamie Hampson and Development Officer Kevin Duffy alongside two Ormskirk FC players were presented with the award on the pitch at half time by Lancashire FA representatives Roger DeNobrega and Mike Taylor.