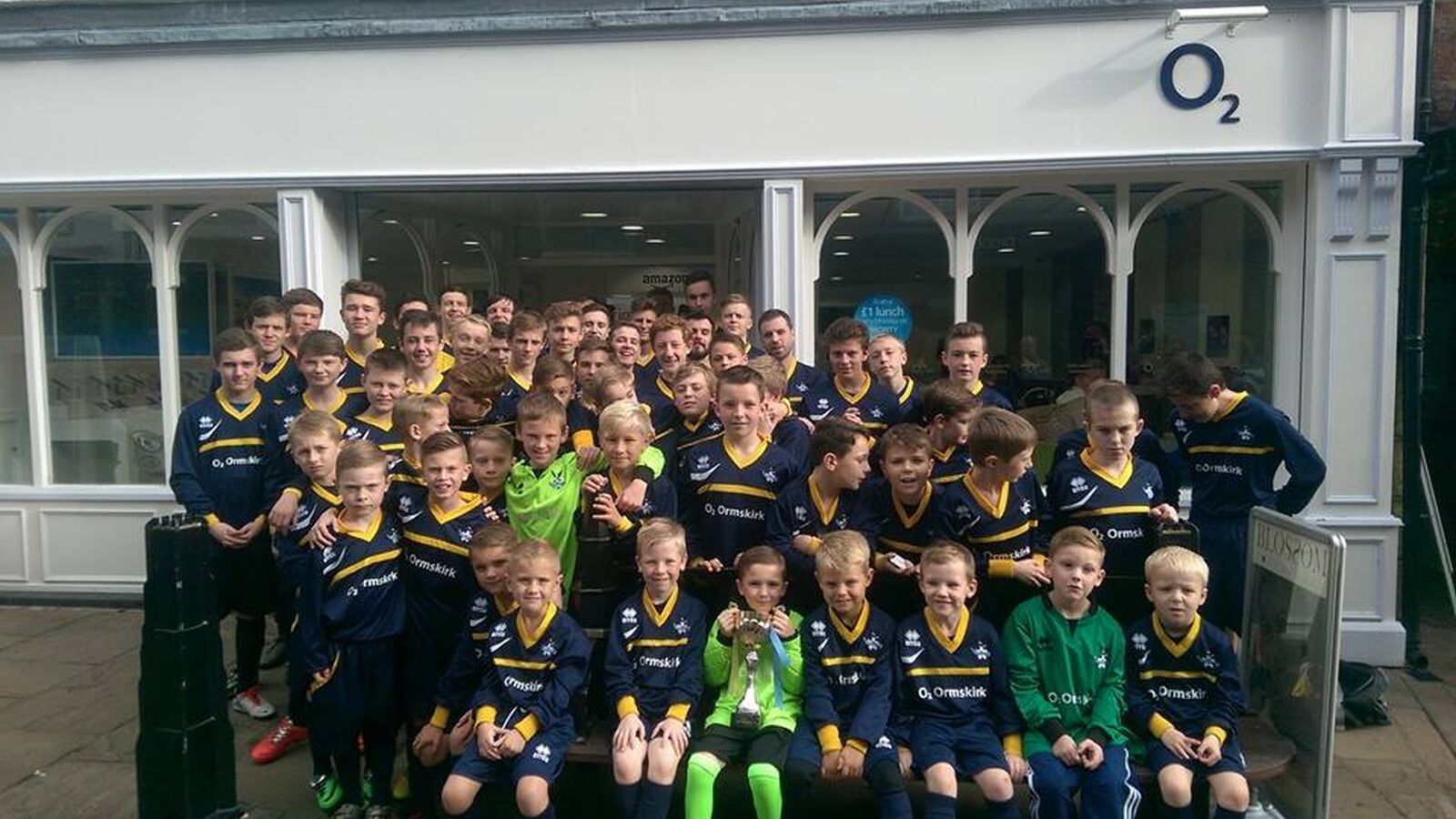 As the 2014/15 season gets underway, O2 Ormskirk are proud to sponsor Ormskirk FC.

Emma Day, Business Development Manager for the O2 Ormskirk franchise has said, “It’s a fantastic project to be involved in. I know from experience the potential Ormskirk FC has within the local community and to be commercially involved with such an aspirational sports club is a privilege for us.”

Ormskirk FC was founded in 1997 and has grown rapidly from a single open side to fourteen teams with over 170 registered players. The club provide inclusive access to football with FA qualified coaches to local children from the ages of four to sixteen.

Ormskirk FC Chairman, Kevin Dufffy, said, “The club relies on the good will of local businesses in order to drive u forward. We aim to add two new teams each season and O2have shown us so much support over the last couple of years, not just in terms of match day kits, but also sponsoring the recent Belle Vue House 10k Race, which has raised money for The National Autistic Society, and our annual Summer Sessions, which gives children of all ages a 6 week course of free football coaching. We are delighted with the backing we receive from O2 and I look forward to a successful partnership”

Representatives and team players of the sponsored teams were delighted to attend a photograph opportunity O2 store on Church Street, Ormskirk, on Saturday 25th October 2014.