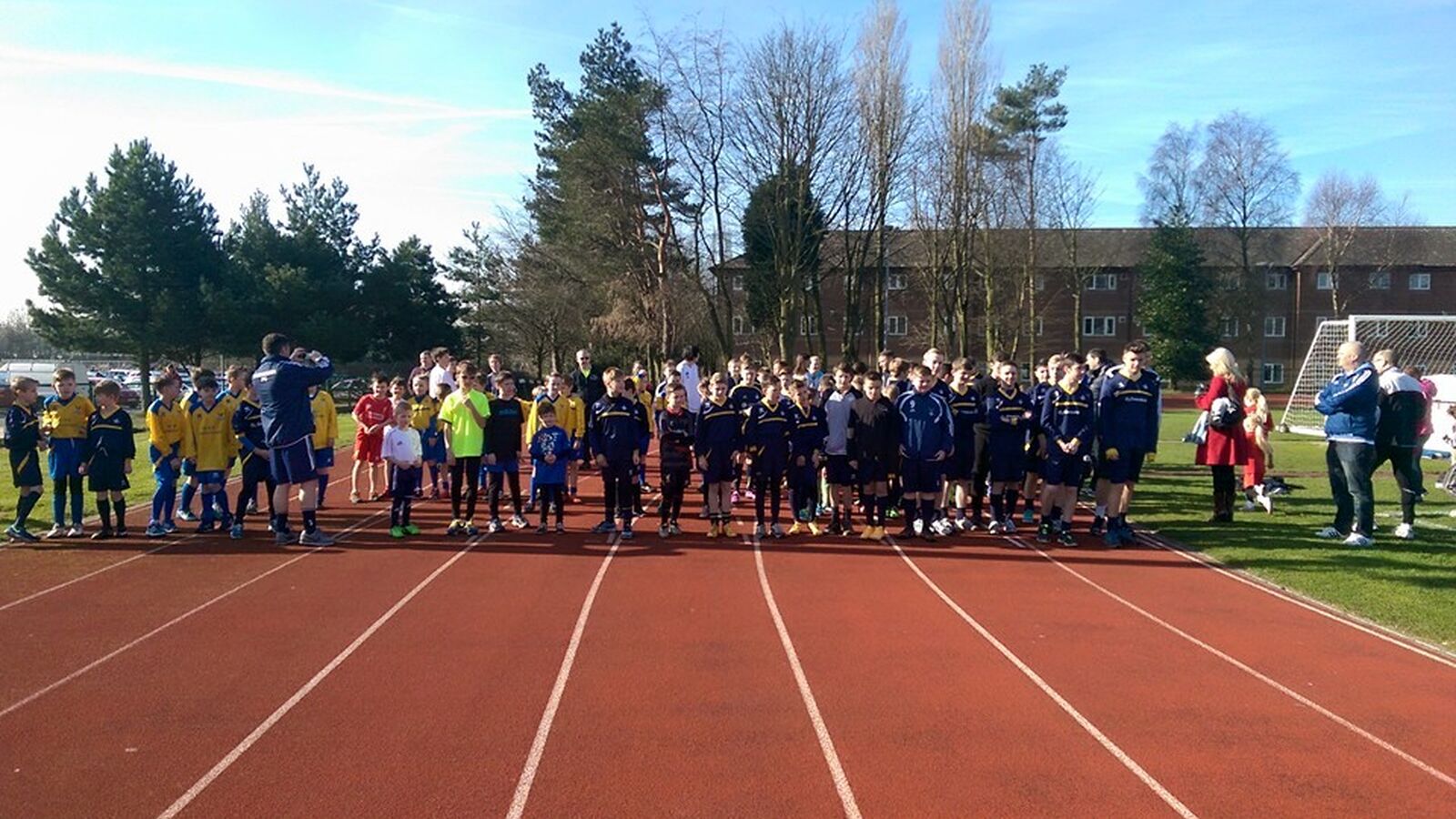 Ormskirk FC were delighted to host and support the Jacob's Leg It charity fun run that took place at Edge Hill University today.

This was an open age children's race that was 3.75 laps of the race track to raise awareness and funds for the National Autistic Society.

The charity fun run took place to raise awareness and funds for the National Autistic Society.

This is a video of the Jacob's Leg It kids race that Ormskirk FC took part in on Sunday 22nd March 2015. The video was taken with a GoPro Hero 4 Black camera with a Junior Chesty mount strapped to Thomas' in the Under 8's, and edited in GoPro Studio.